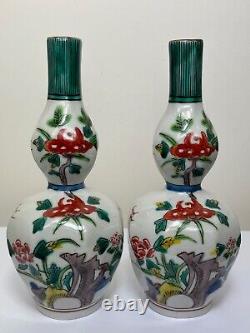 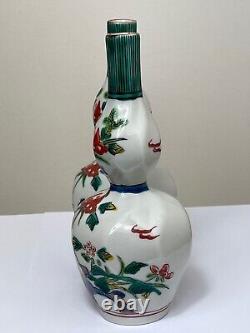 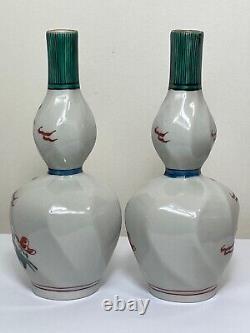 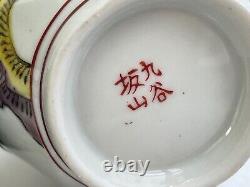 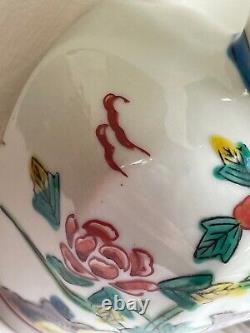 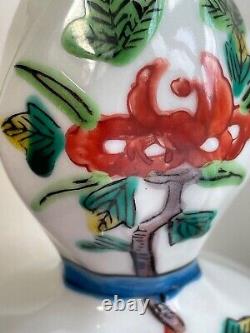 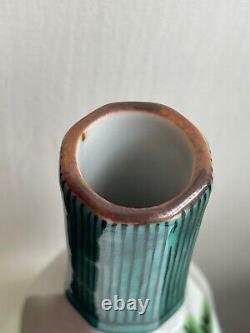 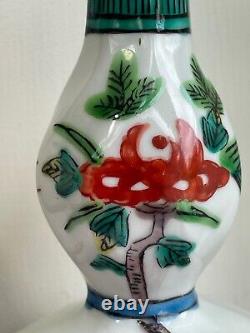 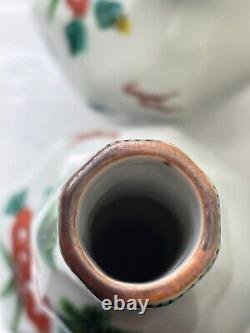 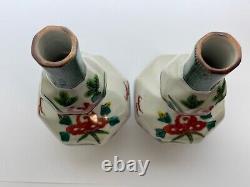 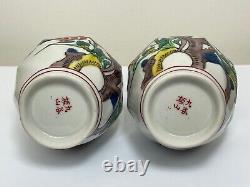 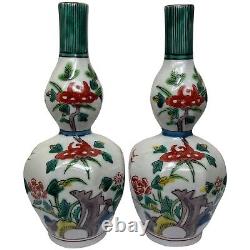 Circa mid 19th century 1860's. These vases were originally used to hold water for calligraphy writing. I is an era of Japanese history which extended from October 23, 1868 to July 30, 1912. This era represents the first half of the Empire of Japan, during which period the Japanese people moved from being an isolated feudal society at risk of colonisation by European powers to the new paradigm of a modern, industrialised nation state and emergent great power, influenced by Western scientific, technological, philosophical, political, legal, and aesthetic ideas. As a result of such wholesale adoption of radically-different ideas, the changes to Japan were profound, and affected its social structure, internal politics, economy, military, and foreign relations.

The period corresponded to the reign of Emperor Meiji. It was preceded by the Keio era and was succeeded by the Taisho era, upon the accession of Emperor Taisho. Offered in fine overall used old worn condition. Having various noticeable wear marks, some paint loss, discolouration stains, scuffs, scratches, pitting & some minor chips in places commensurate with usage & age. Browse our exciting other collections available in our shop gallery.

Dimensions in inches & centimetres each approximate. 1.77 Length depth of base (4.5cm). This item is in the category "Antiques\Asian Antiques\Japan\Vases".